NFV and Burgers – A Lunch Discussion

Having spent most of the last few years focused on the enterprise side of the Unified Communications market, it was time to get caught up on the developments that the communications service providers had been working on. What better way to get caught up than to head down to the Dialogic office in Plano, TX and spend some time with Tom Schroer, Director of Service Provider Marketing at Dialogic? 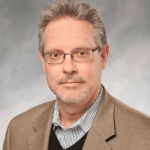 An area under Tom’s leadership where Dialogic has some significant focus is Network Function Virtualization (NFV) – implementing software-centric infrastructure that can operate in virtualized environments on commercial-off-the-shelf (COTS) servers – which will be the predominant hardware in wireline and wireless networks of the future.

What better setting to talk about NFV than over Texas-size burgers? Tom and I headed up a couple blocks from the office and grabbed a table at Gazeebo Burgers for a deep discussion on the cloud and NFV.

NFV is about moving functionality to a virtualized environment. Before virtualization, the parts that make up a fully functioning telecom network were often dedicated devices or appliances – in most cases from different vendors. Hardware-based appliances a lot of times were proprietary and required their own shelf space, power, and cooling to perform their role in the network. Softswitches, gateways, session border controllers, media servers, and other elements of the past were built on stand-alone hardware without the ability to share server resources with any other application.

While we eagerly awaited our burgers, Tom noted “One of the goals of NFV is to create an environment where various network functions, from different vendors, all work together in a virtualized environment.  Eliminating the need for purpose built platforms used in today’s network architectures is fundamental to NFV.” 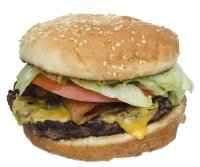 It isn’t enough for vendors to move existing applications that were formerly deployed on proprietary hardware directly into a virtual machine and call it a day.  Also, the standards organizations are spending a lot of time defining the control, orchestration, and management interfaces of virtualized network functions. This is important because you’ll want functions – most likely be from different ISVs – to play nice with each other in the virtual environment. This management and orchestration layer or MANO will also be critical in communicating between VNFs from different vendors with the virtualized infrastructure layer so that it can dynamically scale up or out based on changes in demand, capacity utilization or underlying server performance.”

As part of the discussion with Tom, I learned that Dialogic is also a participant in the ETSI NFV Industry Specification Group. This also begs the question – who defines the rules-of-the-road with NFV?  NFV builds on the extensive body of work around cloud and virtualization technologies, but it really took off in the telco space with a whitepaper published by ETSI (a great place to start to learn more about NFV). Thanks to joint efforts by service providers, vendors, and SDOs (check out this blog), NFV is on its next phase of implementation, but this transition is not going to happen overnight.

The following diagram on Vendor Challenges with NFV on the Dialogic blog does a good job of showing the anticipated architecture enabled by NFV:

During these first few weeks here at Dialogic, I learned that the company is leveraging their extensive experience in delivering software-centric solutions to help service providers use a phased approach in rolling out their NFV strategy by enabling them with solutions that include virtualized rich media processing, session border controller and Diameter signaling controller products. Each plays an integral role offering important building blocks for network designers implementing IMS/VoLTE and LTE networks.

Meanwhile, our number at Gazeebo Burger is called and the arrival of our Texas-sized burgers now interrupts the conversation – time to concentrate on the food while the cloud and NFV discussion sinks in.